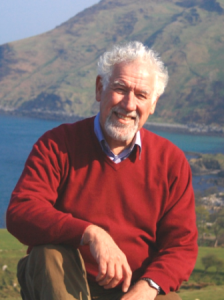 Over a career lasting 46 years, John has travelled very widely as a geologist. Since 2009 he has added executive coaching and training to his established geological consultancy practice. In the course of his career he has often lived in remote places meeting people of many different cultures.  This experience has given him an awareness of the importance of communication skills in bringing projects to a successful conclusion.

In a varied career, John has worked in the mining industry, academic institutions and government service.  Until official retirement in 2002 he was the Government of Northern Ireland’s official advisor on earth science policy.  Since then he has been consulting for mining companies and others in his twin roles as geologist and coach.  John is a strong supporter of the concept of continuous professional development and has been awarded qualifications from major British, Irish and European professional institutions (EurGeol, CGeol, PGeo, MSc, DIC, DMS, MIMMM).  He is a Certified Practitioner in NLP and a Certified Practitioner in Coaching.

John enjoys helping people working in technical, engineering and scientific fields to discover their innate abilities thinking skills and self-awareness and so to develop satisfying careers.

Trudy Arthurs is a professionally accredited Coach, Facilitator and Trainer who specialises in working with people who want to call a halt to the communication hassle, lead their personal and professional lives with heart, and love their wellbeing.

Over the last 25 years she’s delivered coaching, training, personal and professional development that combine practical, proven services with a heart-centred, deeply intuitive approach. Working with Trudy will help you grow in real confidence, communicate with clarity, lead with heart and look after the wellbeing of yourself and others.